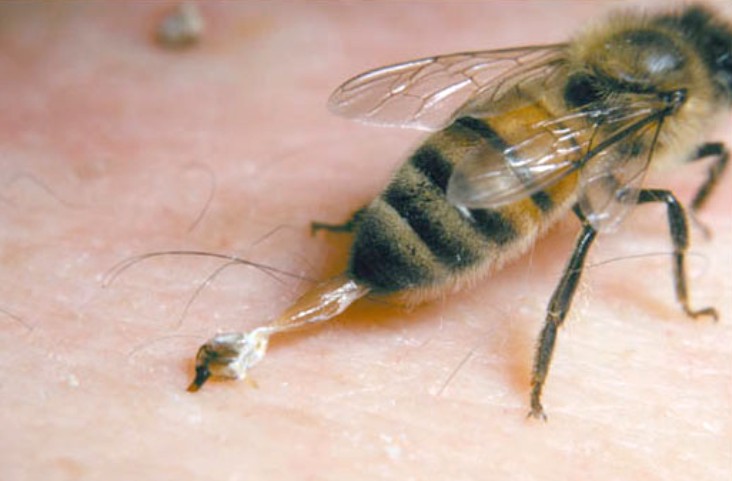 Bee stinging was used many years ago in folk medicine of many countries, including India, China and Greece.

Bee venom is a secretion of special bee's glands, which operates through a sting in case of defense of offspring, jacks or self-defense. The venom is produced by large (acid secretion) and by small glands (alkaline secretion).

Bees stinging apparatus has the following structure: stinger, venom sack and two venomous glands. At the time of stinging bee plunges the tip of its sting into the skin and immediately flies, and sting with a stinging apparatus remains in the skin.

Bee venom has the form of a transparent, yellowish liquid with a sharp bitter taste and strong odor.

Today there are various techniques and methods of administration of bee venom into the body, including the skin rubbing ointments, intradermal, by electrophoresis, phonophoresis, and treatment with live bees stinging. It should be noted that treatment with bee venom should be carried out only under medical supervision.