Apitherapy in Ukraine - forward to the past!.. 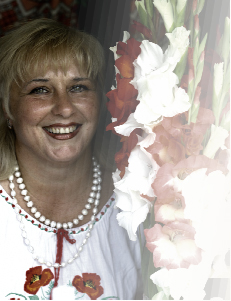 Apitherapy (apis – bee) in beekeeping of Ukraine confidently occupies one of the leading position in the industry. This is evidenced by the increasing interest of consumers of honey products. Apitherapeutics can offer a wide range of bee products for restoration of body functions and its recovery. Sometimes bright and quick action of apipreparations surprises beekeepers themselves!

It is enough to say that the most famous and widespread product of beekeeping - honey is considered indispensable in the diet of each person. Honey is the joy of life, it has excellent taste.  Many doctors are unanimous in their assessment of honey not only as a tasty and nutritious food product but also as a therapeutic agent. Honey is indicated in the treatment of diseases of the cardiovascular and digestive systems, in various kinds of exhaustion, but honey is especially useful for children, the elderly and those who engaged in active physical and mental work. It is believed that if a child has not tasted the honey to year 3,5, the rest of his life he would not show any interest to it, depriving, thus, his body the most valuable natural energetic. Dear mothers, train your child to consume honey from early childhood and you will feel good about his physical and emotional health for the rest of his life!
Nutritional and therapeutic properties of honey are explained by its exclusive composition. Honey is easily digested by the body and is involved in energy metabolism. Its antibacterial properties are undeniable, although the honey is not officially belongs to regulated medicines. In folk medicine honey is actively used for treatment of gastritis, gastric ulcer and duodenal ulcer, to increase the activity of white blood cells, in the treatment of diseases of the upper respiratory tract, normalize peristalsis of the intestines, in cases of insomnia, liver diseases and cosmetology. And the list could go on and on! I wish every family to have on the table the honey as a symbol of health and prosperity to your home!

A special place in the collection of apipreparations of each beekeeper should take the Wax Moth. For its amazing properties I have for many years called it so respectful - Her Majesty Wax Moth! For its radical effect on the body, for brightness and diligence, for the resounding success in the fight against insidious diseases I do reverent bow to her head!..

Tuberculosis is stepping on the planet, sparing neither small, nor old. Doctors are ringing the alarm - a new, mutated form of tuberculosis, in his destructive activities similar to AIDS appeared. WHO estimates that every year more than 9 million people on the planet suffers from tuberculosis, about 2 million are dying from this disease. Concerned about the fact that tuberculosis is rapidly growing among children and teenagers and have long lost the status of the disease of socially disadvantaged segments of the population. Wax moth has a unique enzyme cerasa, which easily dissolves the waxy shell of the Bacillus, depriving it of reliable protection, and, penetrating into the inside of the sticks, makes a detrimental effect on the inside of it in any stage of development, weakening and reliably inhibiting its devastating effects on the body. Wax Moth resolves local lesions, stimulates growth and cell reproduction, heals tuberculosis’ cavities, it is highly effective for treatment of fungal infections of the lung.

I want to say to everybody who has this insidious diagnosis - go to the beekeepers, do not hesitate, do not expose to risk those who are close to you! We are ready to help you and we will certainly help you, because this medicine is successfully operating since 1889, when the Nobel laureate Ilya Mechnikov discovered for us this unique action of the Wax Moth.

Not less striking effect of Wax Moth on emphysema – it is a non-specific lung disease in which the alveolar walls   destructively change. Today the disease is considered incurable, subsequently leading to disability. I have had experience using Wax Moth with three patients with this diagnosis — they are all healthy, the terrible diagnosis has been defeated!

Asthma, pneumonia, bronchitis, acute respiratory infections and acute respiratory viral infections, stress, chronic fatigue syndrome can be treated with Wax Moth, strengthening of broncho-pulmonary system, restoring and protecting the psyche and the organism as a whole. It is recommended for children because it raises the immune system, supports the body during mental and physical loads, and restores hemoglobin level. Its positive effect on hyperactive children was also noticed. These children become more communicative, sociable, balanced, start to learn well. On the physical level, children are hardier, less tired; in addition, the memory, vision and attention improve.

The Wax Moth (or the WM) is strongly recommended for smokers — during the using of Wax Moth the number of cigarettes significantly reduces, often heavy smokers quit this harmful to their body habit. Quite quickly dry cough, whistling chest and grey color of face disappear. Comes power, and with it the understanding of the need for change - after all, health is priceless!

In case of heart attacks Wax Moth resolves fresh keloid scars, replacing them with contractile tissue. In  case of stroke it very gently and carefully cleans the vessels from cholesterol plaques, dissolving them in place by the second unique enzyme protease. Cleaning result – after two weeks blood pressure  is starting to stabilize, the effect is stable and long lasting. For hypertensive patients Wax Moth is almost a lifeline! She smoothly dissolves fat in the liver, restoring its natural function - the filter function, cures blood infections, lowers cholesterol levels, rejuvenates the body, struggling with stress and age-related changes; decides vast range of female and male problems at any age.

Wax Moth is an immunity modulator; forming new cells, actively helps the body to fight serious illnesses such as cancer and HIV-infections. Her positive influence and obvious aid at such illnesses just cannot be overestimated!

I wish everybody with the purpose of prevention and improvement of their helth the strong friendship with the Wax Moths for years!

Each beekeeper has the cure, which is over 40 million years! No, no, dear readers, that's not a typo! As long as the bee exists on Earth, for so many years existis the dead bees – the scree of bees. This is the fastest ambulance with the musculoskeletal problems that regularly remind myself, as a rule, in autumn and spring: in cases of arthritises, arthroses, radiculitis, osteochondrosis and salt deposits. Compresses and rubbing with dead bees will quickly cope with such evils, but much brighter the dead bees are  working, if you drink it for month courses with a mandatory break of at least one month between them. The use of the dead bees will sink into the Lethe so annoying "companions" as adenoma and prostatitis, varicose veins and thrombophlebitis, depression, and problems of the gastrointestinal tract; it stabilizes blood pressure, helps with epilepsy, participates in the correction of weight due to pure chitin, which is one of the components of the dead bees and improves vision, has a positive effect on the sexual sphere, rejuvenates blood, and the entire body. It is recommended for older people as it gives them strength, gives a good health and mood. Pay attention to it, and You will be pleasantly surprised by its wide spectrum of action.

In our apiaries, in our sleek and cherished bee colonies, in spring maturing the Great Mystery - the Royal JELLY. Probably there is no person who would not have ever heard of it. There are many legends and mysteries around it, and they are right. It restores in human’s bodies the function of self-scanning, forgotten them at some stage of evolutionary development. The body itself finds a "hole" in the form of illness or dysfunction and Royal jelly rushes there a beam of repairing cells, and on the path it healing and correcting other organs and body functions. Royal jelly is recommended from birth to a fully Mature age. I was particularly pleasantly surprised by its dual effect on the mother and her newborn. Royal jelly milk will increase lactation and will improve its quality, quickly cope with  mother’s postpartum syndrome, and the baby, eating Royal jelly milk through the mother’s milk will rapidly gain the weight, well develop physically and psychologically, much ahead of his peers. His psychological background is stable, the immune system is at the height – this smiling burly always will be the first to notice in the group of children!

From ancient times to the present day, in cosmetics, Royal jelly is considered the last resort in the fight for juvenility and freshness of the skin. Everyone who has used it for various purposes, always had the result on the face! One, who never tried for himself the mysterious power of it, drank not all from the fountain of joy of Life!

A special page in the collection of apiproducts is occupied by homogenate of drone larvae. Ukrainian beekeepers confidently occupy the leading position in the promotion of this vibrant, amazing product of beekeeping. Drone larvae are undeniably strong helpers in the sphere of intimate relations. A two-month ingestion of larvae restores sperm motility, gives the joy of fatherhood, restores and strengthens sexual potency, cure prostatitis. The homogenate drone larvae adjust the hormonal balance, which is necessary for women during menopause, it is recommended to restore the functions of the thyroid gland, asthma, for the prevention of cancer. The list of possibilities of drone larvae is very extensive. Talk about it with beekeepers - they will be delighted to tell you many stories about miraculous healings.

Another exclusive from the apiary is uterine larvae. They restore the hormonal background of women and they are recommended at the first symptoms of menopause (it is even better to drink them before). According to the latest researches, we can say that uterine larvae are highly recommend...