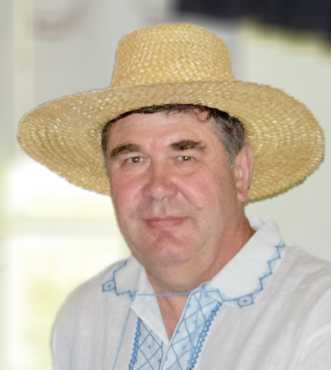 Honey beverages have been glorified in folk epics, tales, legends, fairy tales, and songs. History of cooking honey drinks goes back to late centuries. Greek mythology tells us that the nurse of Zeus, king of the gods, was honey nymph Melissa, who taught him to prepare delicious honey drinks. Homer in the "Iliad" tells how Agamede cooked for soldiers-heroes the refreshing mead - kixon. Ancient Scottish legend tells that Scotland was once inhabited by the Picts, who could expertly cook honey from evergreen heather. According to the legend, these small and hard-working people in the 5th century were conquered by the Scots, who wanted to know the secret of apiculture. However, neither torture nor death could not make brave people open the secret of heather honey manufacture to the conquerors.

It is enough to discover the laws of the Welsh principality to know the fact that in ancient times honey-drink was given a great importance. According to these laws it is known about the three things that should have been first reported to the king:

Welsh principality was considered as an officer of rank 11 and was equalized in rights with the doctor. In this country, with the sound of the lyre in the prince's chambers praised the honey drink.

Our ancestors had cooked wonderful honey-drinks to delight the stomach at banquets. Honey drinks were either in poor peasant huts, оr in lush boyars’ tower-room, or rich merchants' mansions, or the royal chambers. The Big actions of our ancestors were accompanied by a grand feast, which passed into folk festivals and honey was the main beverage. Converted chronicle says that in 907 the ruler of Kievan Rus Prince Oleg returned from Constantinople with the victory and made a great feast for the people and the court, in which there was no shortage of honey and edible products. Our first historian-chronicler Nestor recounts that Prince Vladimir of Kiev had often had grandiose feasts, and honey in barrels were transported to the city with which they treat people. Vladimir has created "great holiday, cooking hundreds of honey ... and ordered to attach the stake (carts) and in luggage bread, meat, and fish, and vegetables (fruit) and a variety of honey in barrels and other brew carry the city".

Honey drinks have enjoyed great fame not only in Kievan Rus, but also far beyond its borders.

But with the advent of strong alcohols, simple and cheap to prepare, honey drinks were driven out by them, and subsequently the ancient recipes and cooking technology were lost and forgotten.

The idea of ​​reviving the traditions of preparation of honey drinks belongs to a group of beekeepers who have united in a public organization "Honeybrewer's Guild of Ukraine." The initiators of the idea searched the archives, monasteries, carried out hundreds of experimental tests recipes. Due to the exchange of experiences between members of the HGU it was managed to achieve the positive results. Honey drinks are highly valued not only in the Ukrainian competition, which is traditionally held since 2004, but also in the world, "Gold Medal of Apimondia 2007", the victory in the category "Consumer Choice", a silver medal in the competition "Golden Gryphon-2009", The Big Gold medal "Golden Gryphon-2010", the victory in the contest "The 100 of best goods of Ukraine".

All these achievements show that honey drinks can compete with the best wines of famous brands. I hope that reading these lines do not accuse me in advocating the alcoholism as I recommend mead, thus speaking against drunkenness, which is rightly considered as a great social evil. If vodka is harmful, it's admitted by all, even alcoholics, than the honey drink in moderate amounts is useful. More than two centuries ago (1806) Bommie wrote that mead, "intoxicates faster than wine, but it acts on the stomach and the heart, raising the vital activity and accelerates blood circulation."

The great French scientist Louis Pasteur stated: "... the wine can be regarded rightly as the healthiest hygienic drink". These words were addressed to grape wine but can be rightfully divert to the mead - this beautiful, tasty and healthy product.

To say about permissible or rational dose of mead, in this case, as in all others, moderation is required. Another philosopher Democritus taught that proportionality in all is beautiful. I do not like either the lack or overabundance. Therefore, there is the ancient saying, "if it is not to the extent, honey become to us a bile."

The subscription is necessary for viewing the information